Italy is home to some of the world’s favourite drinks and beverages. From pre-dinner drinks to cocktails for a night out, there is a wide selection of tasty beverages that you can enjoy. Many Italian drinks have gained international acclaim over the years. The rich, ancient history behind some of these drinks gives them an irresistible allure.

There’s no better way to indulge and experience Italian cuisine than to accompany your dish with an equally amazing Italian beverage. Here are the six most popular Italian drinks and beverages highlighted below:

Aperitivo is known to be an excellent drink that prepares the digestive system before one sits down for a delicious Italian dinner. Mostly served as a pre-dinner drink, it is often enjoyed at the local bars where people relax after a long day of work. It is a light and dry tonic, which prepares the body’s digestive metabolism better than an overly sweetened cocktail.

Many Italians think of this drink as a classic tradition before indulging in their typical four-course dinner. Be sure not to skip this famous Italian custom when you get to visit Italy. 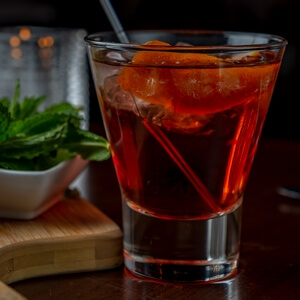 This famous Italian drink has an interesting history. Named after Count Camillo Negroni, a frequent traveller living in Florence in the 1920s, the origin of this drink has many variations. It is commonly believed that Camillo Negroni went to his usual bar after a trip from London and asked for his regular drink to be served just a little differently. He requested that a part of gin be added to his beverage and had it garnished with a flamed orange peel instead of the usual lemon. That’s how this famous drink came to fruition.

Negroni is made from one part of gin, one part of Campari, and one part of red Vermouth, and garnished with a slice of orange. This famous Italian beverage is now one of the most common cocktails in the world. The Negroni family set up a distillery that still makes a readily mixed version called the Antico Negroni.

Originating from a small local bar in the province of Novara in the 1800s, Campari is now a widely favourite drink in Italy and across the world. Made from a mixture of herbs, spices, fruits and alcohol, Gaspare Campari formulated the bitter recipe for the drink that later took over Italy and Europe by storm. People would come to Gaspare’s bar in Milan to experience the drink. When his sons took over the business, the drink was taken to Nice and the beautiful French Riviera. From there, it didn’t take long before Campari was enjoyed all over the world.

Campari is known for its bitter taste, which can take a while for some people to get used to its unusual flavour. It functions as an excellent refreshing boost to one’s digestion. This famous Italian drink is also often served with citrus juice or soda.

Commonly known as the father of Negroni, Americano shares the same ingredients as the Negroni, only leaving out the gin. This famous Italian beverage is widely served with ice and a slice of lemon or orange.

The Americano was previously called Milano-Torino because it is made from Campari and Vermouth, which originated from Milan and Turin respectively. It was later changed to Americano in memory of the boxer, Primo Carnera’s victory in New York during the 1930s. A fun fact is that James Bond ordered Americano in the famous Ian Flemming’s novel, Casino Royale. 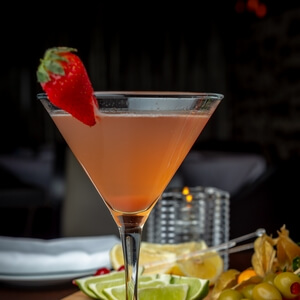 Bellini takes its name from the famous 15th-century artist Giovanni Bellini. This drink was made in 1948 when Guiseppe Cipriani, the owner of the famous Harry’s Bar in Venice, launched an exhibition in memory of the Giovanni Bellini. The drink was made for this occasion and soon gained traction, especially with members of the art community who would visit Harry’s Bar.

The drink has a signature pink look inspired by a pink vest on a monk in one of Bellini’s paintings. The cocktail gained recognition all over the world when other artists spread the knowledge of the drink as they travelled.

Veneziano has many variations of its name, also known as the Veneziano or more commonly the Aperol Spritz. The famous Italian drink was made by the Austrians who were occupying Venice in the 1800s. Over the years, bitter herbs were added to the drink to add it more kick.

In the 1920s, the Barbieri Brothers invented their own spritz by adding oranges, rhubarb and gentian, which resulted in the neon orange Aperol Spritz now commonly recognized all over the world. Venetian wine was too strong for them, so they would dilute it with sparkling water to make it milder.

This internationally acclaimed beverage is one of the most common pre-dinner drinks you can find in many Italian restaurants. It has become an Italian alternative to Rose wine and many other summer cocktails.